In Flanders fields the poppies blow
Between the crosses, row on row,
That mark our place; and in the sky
The larks, still bravely singing, fly
Scarce heard amid the guns below.
~ John McCrae (from In Flanders Fields)
* 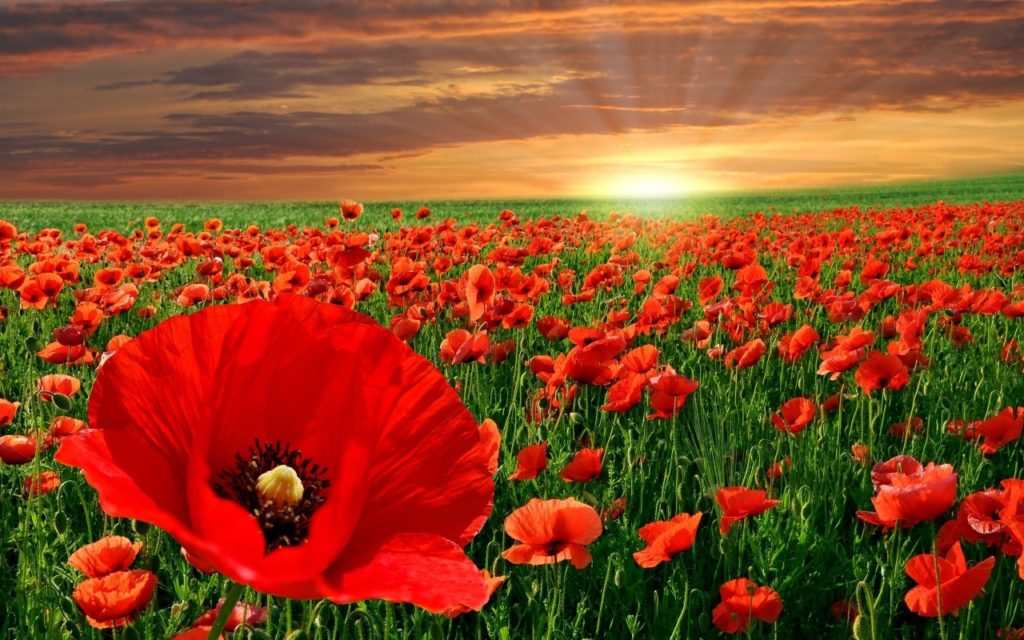 Do you know the remembrance poppy? How the landscape in Flanders was such a wasteland after WWI that few elements of the natural world could survive. Larks and field poppies the exceptions. The poppies considered a weed for their persistent yearly appearance. Their seeds flung by the wind, dormant for years, springing alive in the churned soil, painting the battlefields solid red with flowers. What would we have here for tiny school children so shredded by bullets their faces were gone. Or the 103 men and women, many in love, ripped in seconds as they danced. Colorful wildflowers – children’s colors, gay pride colors? I think it would apply to others fallen as they worked, watched movies, had meals, celebrated. Don’t you? And their families. The ones in living, walking pieces holding promises of prayers as consolation they won the lottery of mass shootings that day.  Do we include them in the remembrance, too?

I’m overwhelmed lately with how many Facebook comments are negative, quick to express how dumb something or someone is. How it’s ALL awful. How entire groups of people are labeled and mocked in spurts of vile. After the violence in Orlando, I’m overwhelmed by the re-emergence of usual arguments regarding assault weapons, too. It’s the evil hearts, unstable minds that should be targeted, not innocent inanimate weapons. I acknowledge it’s a multi-layered issue. But it’s irrational to me, including the one the government’s out to take away all guns. I can’t find where it’s stated as up for consideration. I engaged a gun owning friend to help me understand. ‘We all fear it,’ he said. ‘We feel stronger, that other countries won’t invade because they see our might. Our citizens armed.’ Even after extreme carnage the argument doesn’t soften to logic we register our cars, and for voting. Have licenses to drive, erect buildings. Have waiting periods for medical procedures, both men and women. No solid answers emerge to the questions, what possible use an assault weapon is to a hunter or pleasure marksman? Which invaders does it protect against? And don’t background checks address that argument it’s people to check, too? Fear and perception remain, like a phobia. An armor that kills.

When I started Facebook years ago, the connections and how people showed up pleased me in the best of ways. Even in disagreements. I decided to be conscious there. To ask myself before I hit the post or comment button, do I mean this? what does this contribute to the conversation, to connection? of all the things I’m interested in + all that amazes me, where do I center? am I real here?  It’s now a regular practice, like prayer or meditation can be a practice of awareness and presence. Brene Brown says ‘authenticity is a practice.’ Yes, I think, that’s what I’m doing.

And here’s the thing. I’ve stumbled. I’ve posted 5x day at times, ‘can you see, can you see’ bleeding in my words. I am not Pollyanna. I can rage. Sometimes my first thoughts are indeed ‘of course, you corrupt, ignorant, stupid (fill in the blank),’ reveal my less-than-perfect heart. sigh But I know what holds my head and heart up when I’m screaming inside with overwhelm and grief as I am now, and I can will myself back to that:

Real life reminders good exists beside the bad. Life beside the Grief. The Evidence Journal of eyes open, actions taken, steps forward against devastation, hatred, ignorance, cruelty. Steps that build societies and environments up, not down. That value planet, people, and all living things. That empower. Say we matter. ALL of us. That it’s not just me who thinks it.

There’s a tradition still alive in Appalachia that when a couple marries, the community creates a wedding quilt for them. Squares and rectangles are sewn and embroidered by all members who then come together to quilt the blanket into being. I love that tradition. Every time author Vicki Lane share a new one, always with pictures, I wish it for myself. The community and love stitched in, that I can cover myself with at night.

There is no escape when you look horror straight in the face with eyes open. And we must bear witness. But I believe there’s grace in seeing the good stuff with the Heart open. And to be witness to that is just as important. We can center our action in that. Even if it’s biscuits like food celebrity Chadwick Boyd made, saying, “I made biscuits. Because I needed to. Because they bring people together.”

Tell me. . . How do you turn your sights to positive thought and action?

A secret: I have not unfriended my gun wielding friends. Because I know where our hearts meet.
A favorite: The comforts of color and biscuits.