This is the world I want to live in. The shared world. Not a single person in that gate— once the crying of confusion stopped— seemed apprehensive about any other person. They took the cookies.
~ from the story Gate 4-A by Naomi Shihab Nye
* 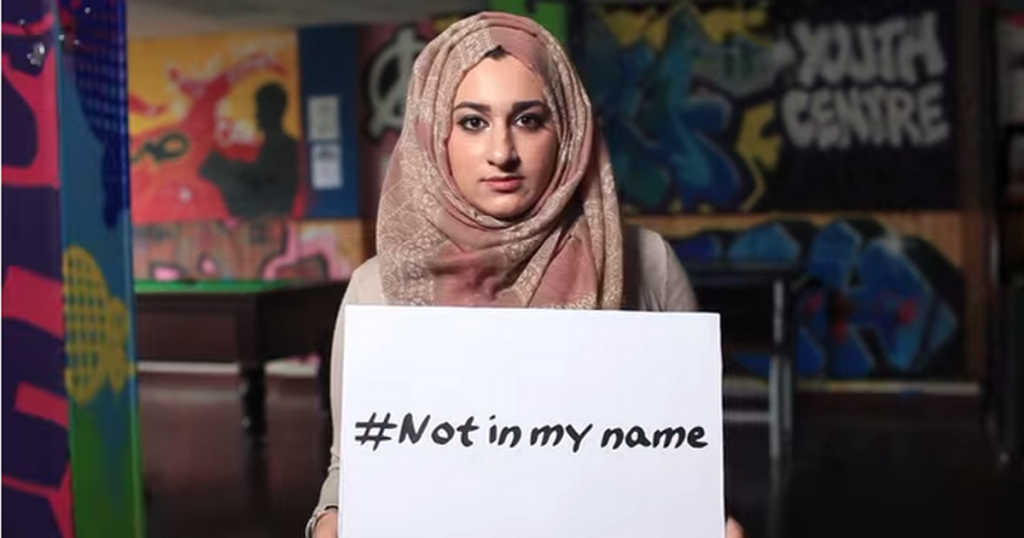 Muslims speak out against ISIS and terrorists
*

I’ve been circling ‘round and ‘round the edge of anxiety these past few days. The unspoken terror of the unknowns of livelihood and home in my own life merging with a burgeoning awareness of terror across the globe. Oh Paris, Oh Beirut, Oh Kenya. Oh Turkey, Oh Yemen, Oh Nigeria, added to Oh Gaza, Oh Sandy Hook, Oh Roseburg…my heart exploding with each one. And now sabers rattle, bombers speed aloft. Words of hatred, revenge, calls for arms and Islamaphobia pepper Facebook. ‘Them vs. Us’ flags raised. Borders closed. And in all my reading, the salient fact that less than 2% of attacks were religiously motivated.

I am not neutral on this.

Ya know how Oprah asks what thing you know for sure. I know if not for letting refugees from Syria enter this country, I would not be here. If not for help from what I’m sure was more than one Muslim, I would not be here. My grandparents, Armenian Orthodox Christians, met on the boat as they fled genocide through Aleppo. My mother was a first generation US citizen.

As a young girl, Armenian aunts, uncles, cousins, and those who are family but not blood populated my life. Smells of middle-eastern cookies and breads, melted butter, savory meats and soups filled the house for full weeks before holidays, funerals, and parties where Armenian music played background, people rose to dance in circle at least once. I remember one summer in Boston people crowded a small house shoulder to shoulder for three straight nights, the shock that all those rotating faces were related to me by blood generations deep. And it wasn’t just about family. There were Armenian picnics. Hundreds traveling to gather, play, eat, dance, speak their native tongue to strangers. Words I’d never understand because in my house that language was for my mother and grandmother, their private code in the presence of us kids. Arabic their backup when we caught on. A strange twist that would help sever me from my roots at age nine, when the family split in two. Leave me insistently in search for some spark inside I might recognize whenever I meet another Armenian.

I remember two stories my grandmother told. Small boys hiding under their mothers’ skirts in failed attempts to avoid slaughter. A young cousin taken as wife to a Turkish general who waited a year for the right time to murder him, escape on foot across Turkey to freedom. I read more later, know horrors were kept from my small ears. My brother, thirteen years older, was not spared. He didn’t like it when I traveled in Turkey two years ago. I went to experience the place, the culture, and I wanted to understand why what I know firsthand and from books (including the report from the US Diplomat of the time who resigned in despair) is so different from Turkish claims. I didn’t share I was half-Armenian with our guide. I observed with an open mind, loved what I saw of the country and people. And I listened closely the day he announced he was going to talk about the “Armenian issue.” Got my answer: The events of the entire decade before Armenians sided with Russia in WWI no longer exists in Turkey’s version of history. A partial truth of wartime justification remains, effectively indoctrinated through education. How familiar.

“…we are all in the midst of this every second. we are all held up by a million actions and people and unknowns every moment in utter connection.”
~ Rachel Ballentine

As of this writing, Alabama, Arkansas, Georgia, Indiana, Kansas, Louisiana, Florida, Massachusetts, Michigan, Texas, and North Carolina have banned Syrian refugees. So wrong. Refugees will go thru an arduous process of screening by the state department, will most likely 100% comprise families with children. Refugees who have seen Hell. Because be assured, no person puts his/her child into a boat that’s as likely to sink as make the shore if what they leave is not worse. No person carries a child hundreds of miles on foot to starve or rot by disease if what they leave is not worse. I’ll entertain no arguments these are dangerous times, we must do it. I am not neutral on this. I have no room inside me for fear. Neither does the planet. Do you?

A favorite: The taste of my mother’s lahmajoon, which I found in a small place in Turkey. I ordered two.

*
To reduce fear and understand more about Islam,
join others in thoughtful dialogue (not debate).
Vital Dialogues: An Introduction to Islam and Islamophobia
facilitated by Patti Digh, Nov. 22 – Dec. 13. Details here.

4 thoughts on “I Am Not Neutral on This”