“You have to love. You have to feel. It is the reason you are here on earth. You are here to risk your heart. You are here to be swallowed up. And when it happens that you are broken, or betrayed, or left, or hurt, or death brushes near, let yourself sit by an apple tree and listen to the apples falling all around you in heaps, wasting their sweetness. Tell yourself you tasted as many as you could.”
~ Louise Erdrich, The Painted Drum
* 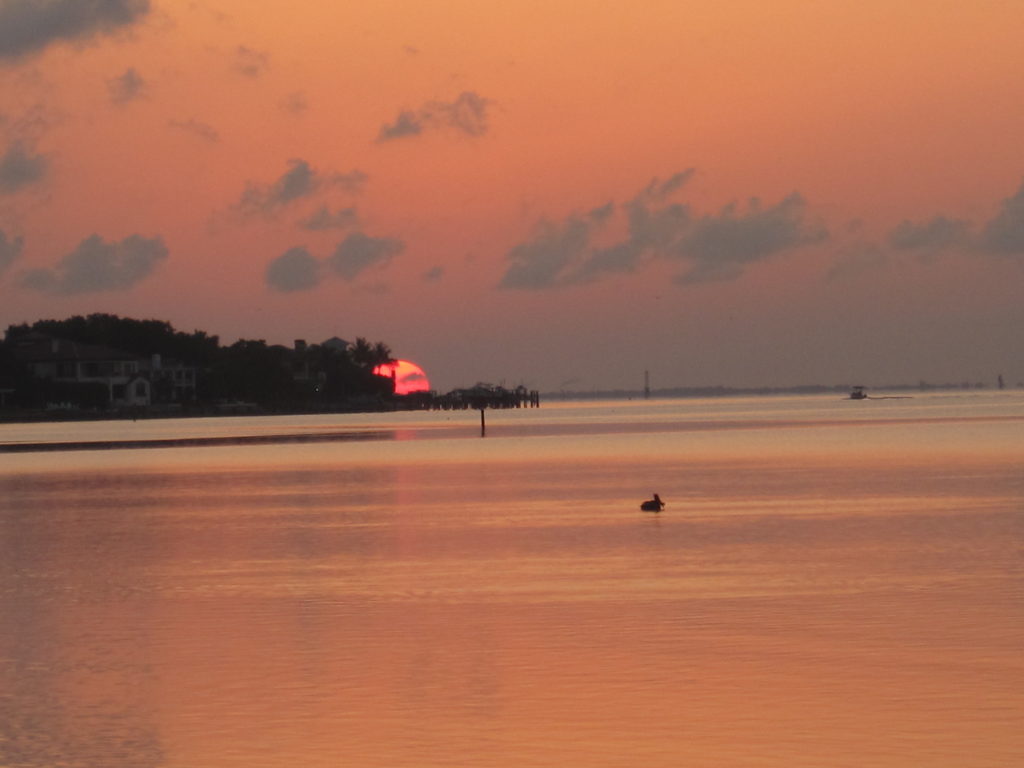 Just peeking up it’s taller than one of the multi-story mansions on the island.
*

I finally ordered Patti Digh’s book, the Geography of Loss. It’s been on my list since 2014. I’d shared the intro paragraph from Amazon with hurting friends as comforts. Read some of the pieces, knew it was gorgeous. But after I ordered it, I wondered why I felt moved just now. I thought perhaps because my son’s due for a visit in July, 2 yrs. after the last time we hugged. My desperate grief in the loss of his moving to Taiwan renewed. The incredible sadness still lingering after a fissure that changed our relationship in ways we haven’t had a chance to fully revision, yet. I thought how community’s on my mind. That for days I’ve missed my friends. My tribe. Connection with people I don’t have here where I currently live.

By the time I unwrapped Patti’s book Monday, I was thinking Father stuff. Because my dad, dead since 1993, had drifted thru my thoughts for days. Always coming back to that aha moment I found him reading a fat book on the siege of Leningrad. His reply to my question why, ‘because it’s interesting.’ How that moment defined his character to me. I realize now it was probably the first time I thought books a person read revelatory about them. And like magic, an article on the siege popped up on Facebook. Story about a seed bank there. How scientists locked themselves in the vault to protect the treasure from starving citizens. Chose to die of starvation themselves rather than eat, rob the future. Treasure collected by one of the first scientists to ask traditional peasant farmers around the world why they felt seed diversity was important in their fields. The next morning I heard a dear friend’s father died Monday. 6 days later, heard another friend’s father had brain surgery Monday. Last week’s blog was about noticing. I noticed. Father stuff.

Noticed in the midst that out of the blue, four friends from afar sent personal notes about how I show up, what I mean to them. One in response to my fb profile pic posted several years ago (!) that placed it back into status feeds. Four Likes for this image people see every day followed. Imagine.

Lately I’ve been thinking about the stories I could tell. Loss, change, identity, home, abuse, validation, craft, persistence, courage, survival, courage, persistence. I hold so many under any of these headings. And how every week I wonder what story will emerge here. This week it’s a fill-in-the-blank from author Mary Anne Radmacher. ‘I live in service to the _______HEART.’ Meaning Essence. Soul. All encompassing. You-Me, where we connect.

Mary Anne repeated words she once said to me,’I love it when you write about the sky,’ and sent a meme. Which took me to remember a shot taken Aug. 2014 on the last flight out of Honolulu before an impending hurricane. The plane empty but for me, the crew, and one other passenger. Along the way I flew over rainbow after rainbow. And not until I chose a shot to share did I see the swatch of blue behind the clouds was in the perfect shape of a heart, a rainbow shooting from it’s center. And I noticed how her fill-in-the-blank showed up the very day I was thinking about the guy I rented my condo in Kona from. How he lived in Santa Fe when I did. Our many overlaps without us knowing.

Comforts for my grief are everywhere. Telling me that even in my solitude, I’m linked. Woven like the natural cloth. Protected like the seeds. Sharing, though not knowing, the heartache of friends for their fathers. That I’m indeed seen, even appreciated. We are tribal animals. Not meant to be alone. Not even when we love solitude as I do.

Last night I stepped from the Chinese take-out to a man riffling the trash, a dirty Chic-fil-A fries carton in his hand. I felt the weight of my bag filled with my hot dinner. He didn’t ask for money when I said ‘are you hungry.’ He wanted to know if there was a church nearby serving food. As I turned to leave, having paid for his shrimp fried rice, he looked me in the eyes, said ‘it’ll come back to you.’ In a flash my whole being softened. I smiled, said ‘it always does.’ I can’t figure that one out. But I think I must know in my Heart it’s true. After all, we’re all under that big freaky sun.

How do you feel connected to others? 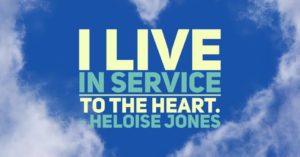 A secret: I imagined these two lines as a way you’d get to know me.
A favorite:  A friend said she looks forward to reading what’s here, in these two lines.

6 thoughts on “All Under the Same Sun”