“We went out to the meadow; our steps
made black holes in the grass;
and we each took a pear,
and ate, and were grateful.”
~ Jane Kenyon (from Coming Home at Twilight in Late Summer)
*

A group of independently owned businesses took residence in a tired old mall with dead air when the small boutique mall they occupied closed after decades. The new stores so enlivened the place that cool modern sofas now dot the walkways. The cafe tables & chairs outside Starbucks are updated and sport a cheery orange. Trees with tiny white lights create a sweet spot outside the 4 table in-mall Peruvian restaurant. A resurrection that occurred with the influx of a community.

Know this. . .I am not a mall person in the least. The only reason I ever go is it’s the only option. And yesterday, I felt drawn to wander in after lunch. The jumble of a store crowded with clothes, jewelry, and miscellany like a flea market caught me. I stood across the walkway looking for a few minutes, then walked over. For the first time I noticed it’s a co-op.

As with the three other times I’ve popped in, a man called Welcome from somewhere in the store. I return his greeting with How are you? And as each time before, his answer’s one word: Happy. This day I decided to bite. ‘You say that every time. Are you truly that happy?’

‘Oh, yes. I get to be a human being,’ he said.  It felt like something I should remember.

I walked to the back where I’ve never gone. Two small rooms with assorted brass bells, sage bundles, statues of Buddha, Quan Yin, and the like. As I stood staring at a bowl of dried gray-brown balls the size of my fist called Rose of Jericho, read how they unfurled when watered, wondered why a person would want one, he walked up beside me. His eyes twinkled. Where you from, I asked. Tibet.

With intention, he riffled thru a deck of divination cards as he talked.  ‘My Western friends come in looking for something to help their Soul when they feel bad. I tell them, be like us crazy Tibetans. We lost our country, and we still smile. We’re happy.’

He laid out four cards. The first about Angels around me, as guides.

He plans to build a center unlike any I’ve seen in layout or concept. Healing and the arts, and in the middle, a large tea room with no wi-fi. Because his vision is nurturing our sense of connection with one another. Community.

I confess. I wonder about the future of our planet, and my grandson’s future. He’s only 8. He lives far, far away in Taiwan. What will he have, this sparkly little boy.

We talk by Skype each Friday night. He’s intent we visit at least an hour. I can’t hang up on him. Sometimes he lingers before he clicks good-bye.

He shows me his super hero figures, his Harry Potter wand, his lego creations. He holds the things I sent him, what he calls his treasures, to the camera one by one. Postage is expensive, so they’re small: arrowheads & fossils, buttons and pins, cut glass gems in pretty colors, & feathers. He pulls them from boxes I sent – a carved box from India with white bone inlay. A box with a sliding lid that belonged to my grandmother. It’s top and sides intricate geometric patterns made with different wood laminates. I love his drawings where the animals, monsters, and super heroes always look Happy. Now he reads to me. I catch it when he mumbles thru a word. He spells it so I can help.

It pleases me no end his hobbies are drawing and reading, the same as mine when I was his age. That he loves nature and science like I do, too. We were born on the same hour and minute: 5:47. Perhaps that’s why.

The prize of the night last week was his latest award from school for being the healthiest and best student. It’s elaborate. A large odd-shaped board with pictures of him and headings in Chinese arranged around it. He said he couldn’t translate the words exactly. So I told him to tell me about them. I could see his mouth twitch as he thought.

‘This here is for what I think is my best quality,’ he said. ‘I help people work together to solve problems.’ I couldn’t believe my ears. He’s 8! I asked him to repeat it. I wrote it down. And what he likes? To make people laugh & feel good, and to share. I couldn’t help thinking about this world we live in.

Two nights later I heard about women who left Victorian society to create new lives and identities in New Mexico. They were smart, accomplished, and stifled. One, a brilliant concert pianist, world renown for her skill, who could never perform on stage because it was a realm reserved for men. And there they were in the desert scrub. Riding horses, visiting pueblos and canyons, and camping. I wondered if I’d have the courage to choose the same if in their place. It looked so rugged. I thought how countless millions who never chose it live that way now.

The talk was in the magnificent St. Francis auditorium here in Santa Fe, where the ceiling’s a thousand miles high and frescos cover the walls. The place was packed. I sat beside an older couple, Ann and Jack. We were the only ones on the front row. We chuckled how this seems to usually be the case.

Ann and I chatted briefly about family. She taught school, the kids called gifted & talented. ‘They were very empathetic, and sensitive,’ she said. ‘Sounds like your grandson is one.’ I thought about those happy monsters in his drawings, and his words––I help people work together to solve problems. I felt hope for his future, and the planet’s.

The next morning, tho I intended to rise for the lunar eclipse, I laid still for a long time when I woke. It was 5:15 when I finally glanced at the clock. I raised the blinds in the darkest room in the house, across the hall from my bedroom. In the sky, framed in the window, was a moon with a dark bite out of her. She so bright, the bite so black. I dressed in the dark. Forgetting the drawer was already open, I pulled it off the track when I went for long underwear, dumped the entire contents on the floor. No time. Outside under the sky, it was noisier than in my little house – cars on the thoroughfare a few blocks away, the ding of the train, the beep of a truck backing up in a parking lot. But the dogs were quiet. A rarity in this part of the hood. I considered going to the wide street, walking up the hill for a full open view of sky. But I stayed where it was darkest, standing on the earth. Standing so trees and fence posts blocked backyard lights. I saw the blood moon. The first unobstructed by trees, mountains, or buildings eclipse of my life. And this is what I will tell you. As she cloaked, I felt the world quiet. Like when the electricity in the house goes out quiet. And I thought of long ago people connected to the earth and the hum of celestial bodies, how they must have felt. The electricity turned off. And I stood an hour, ’til my toes hurt. Knowing this Universe and I were one.

I hope you sang along.

Have a book to finish, or questions about your writing? Click Here.
Wondering what’s up next? Events page has all the News. 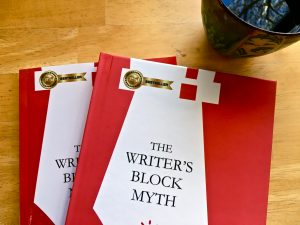 6 thoughts on “Just for One Day”