That day I saw beneath dark clouds,
the passing light over the water
and I heard the voice of the world speak out,
I knew then, as I had before,
life is no passing memory of what has been
nor the remaining pages in a great book
waiting to be read.

It is the opening of eyes long closed.
It is the vision of far off things
seen for the silence they hold.
It is the heart after years
of secret conversing,
speaking out loud in the clear air.

It is Moses in the desert
fallen to his knees before the lit bush.
It is the man throwing away his shoes
as if to enter heaven and finding himself astonished,
opened at last,
fallen in love with solid ground.
~ David Whyte (The Opening of Eyes)
*

Going every which way 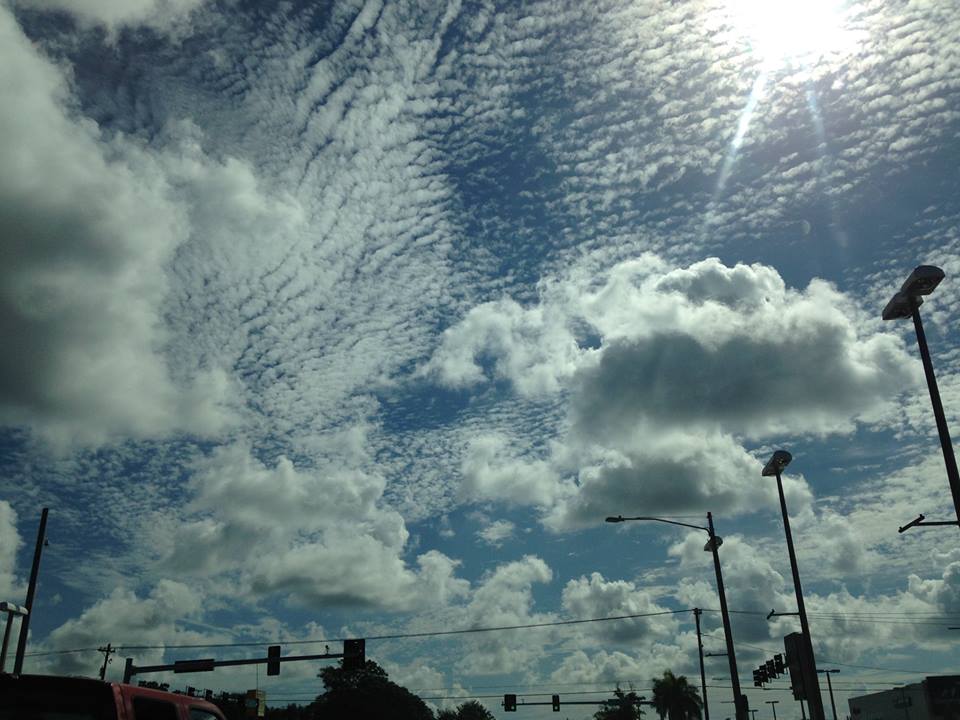 Beyond the factory tint, the purest blue and brilliant white.

I’ve filled the past four months with podcasts & webinars. Educated myself about online entrepreneurs, thought leaders, and givers. Gathered success tools for my insides and outsides. It’s felt grinding, like all I’ve done, like it took far too long to fine-tune aligning with the right people, ones who don’t amp my anxiety. For the right pieces in the puzzle to show up. I’ve come apart at the seams more than once. Then someone shows up like Hal Elrod, a high energy young dude. And I get what I need. The gaps in my centering – silence-meditate, affirmation, visualization, exercise, reading, writing. The trick to making goals for challenges. The reminder they may be things that scare me, that I don’t want to do, but they make me a better version of myself. That the challenge isn’t the goal. The goal’s what it gives us, makes of us in the process. This bundle of learning’s exactly what he’s talking about. Hearing it named, I immediately felt the stick I’ve been beating myself with – not clear enough, doing enough, fast enough, not enough not enough not enough – drop.

Amy McCracken’s a master storyteller and big-hearted giver. She met her challenge in an xtreme hike this past weekend to raise awareness for Cystic Fibrosis: “We got to the trailhead at 3:30 this morning. It was 42 degrees and raining. We were prepared. The night hiking turned into a (sort of) fun game of decision making with each step–do I step in the ankle deep mud or on one of the really slippery rocks? I fell four times before the sun came up. Still. No problem. It’s a long story (about 15 miles long), but the rain never stopped, the wind picked up, and the temperature was 39. We were all soaked and our hands stopped working from the cold. At the first aid station we found out we were getting off the mountain and not continuing. The whole point of this event is to raise funds and awareness for CF research–and that we did. Coming down I thought about all of Cheeto’s* challenges and disappointments and I felt so lucky to be able to keep her hope alive–even when it’s messy and hard–and not as planned. Today was amazing.” Amazing, she said. All that awfulness. Because the hike wasn’t the goal, wasn’t the point.

I’ve walked toward Venus shining big and bright as helicopter lights in the dawn sky all week. Watched the crescent moon circle her as if in a courtship dance. This morning I thought Venus. Love. Follow love. Life’s too hard, otherwise. And the other night I dreamt I had a book reading. I asked how many waited. Three, a woman said. More than one, I thought, feeling grateful. But a long line stretched out the door of the auditorium. I could see inside the room, the backs of people, the chairs filled. I walked past them down a dimly lit side aisle. Someone handed me a microphone. It didn’t work. ‘Can you hear me?’ I called. ‘Yes,’ the people called back. I talked about Patti Smith. Four points (I only remember two now) – her dedication to her art, her ability to connect. It was hard speaking without a mic. Someone behind me offered hers.

My deadlines for intentions keep shifting. I may indeed be in resistance, because I usually launch once a decision’s made. And I may be fine-tuning my listening. I’d like to think these migrating ‘finish’ lines are working together. That there’s a great weaving of something wonderful going on for my life I can’t see, yet. That love and kindness are involved in the challenges. That the offers I make will feed many Souls, including my own. For I am indeed in the midst of life as David Whyte says – vision of far off things seen for the silence <the mystery> they hold. The heart after years of secret conversing,  speaking out loud in the clear air.
Whatta ya think?

Another small journey. Getting to Wise.
* 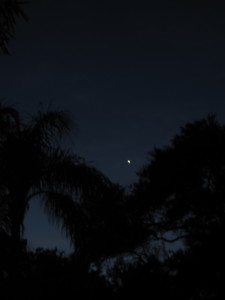 Venus thru the palms.
*

A secret: I can be good at techy stuff.
A favorite:  Seeing patterns, making connections.

*Cheeto in Amy’s story is Alyssa Doene, a beloved young girl with CF. I only knew her through Amy’s facebook posts, and I wept hard when she died, as if I knew her well.