“Their language sounded like stars would sound, but also like
chunks of lard, and the wind in the trees, and arrows zinging through the air.
I could make no sense of it.”
~ Nancy Peacock (from “The Life & Times of Persimmon Wilson”)
*

I paused sending this to you twice, because there’s been something on the tip of my thoughts that hadn’t flown in, yet. Writing life in the flow, or not flow, can be that way.

The ‘not flow’ seems to be the story. One I’m changing this minute, because shifting my stories about myself, my relationships, and my life is what’s up. And I’m ready.

The ‘not flow’ is because I didn’t achieve what I wanted these last 10 days. I felt anxious. I was falling behind in important intentions! (sound familiar?) I clearly needed breath to see the truth –  big stuff happened amongst the mundane of taxes and whittling piles of admin to-dos. Gifts I did not expect (!) at all.

An author I’ve worked with before asked me to edit part of a manuscript after another professional editor’s been through it. Every editor has their lens, I told her. But she knows I read between the lines. That I intuitively feel & hear the work as well as think my way thru. She needed my kind of help. Nothing out of the ordinary except for one thing. I lost 5 hrs. of notes when I hit the wrong button to save, and I had to redo it.

In the midst of the reprise, I sunk into the presence immersion in process requires. Gave up the story of what that day would be. After I sent the files, I considered what happened, realized long written reports aren’t the way my best work gets done, no matter what others do. Reports leave too much out of what I offer. And drain me. I want to give my best. That slap on the side of an exhausted head gave me   confidence. Decidedly a step forward, and a new story. Mercury retrograde at it’s best.

The other biggie was my sister and 9-yr-old great-niece Finley visiting for a day. They were in Albuquerque for a regional gymnastics meet. Fin is a champion slated for the Olympics. My sister is a mother to her. This was no ordinary visit. I wrote (here) how my sister and I have history, distance, oodles of difference between us. And tho we talk on occasion, I’ve only briefly seen her once since 1993. I knew where I’d take them because my sister shared what Finley liked. And I was excited.

The morning they were due, I glanced at the rain stick in the corner of my office. Immediately I knew I’d give it to Finley. It was a gift from a shopkeeper in the then minute town of Bisbee, AZ. I was driving across country with my son. His girlfriend was in eastern AZ. The short version is our next stop was a hospital in Houston where I’d just learned my mother lay. He wanted time with his girlfriend. The nurses said my mother was strong. I went to Bisbee for the day.

What a magical day. Gifts at every stop. Expensive precious gemstones placed in the cracks between my fingers. Music in doorways. And the rainstick handed me when I mentioned my mother after a long conversation with the gal in the shop. My son and I drove out the next day. We were 3 hrs. from my mother when she died. I never saw her.

I presented the rain stick to Finley at the door. This is special, I said. Holds the energy of your great-grandma. It felt so fitting, like continuing my family line. + Finley’s the light of my sister’s heart. And my sister was the light of my mother’s heart. I guess I held it these 23 yrs. just for her. She loves it.

From the minute we stepped out, Finley showed who she is. She leaned in when I told her how to walk in the desert. Step where there’s no vegetation, don’t crush the plants. Flowers and plants we don’t see can sprout with the slightest rain.

She’s smitten with Indian pottery, sought it out. Without hesitation, declared the pottery room at the Museum of Indian Arts & Culture her fav. I offered her the first pot I bought in NM. A smoke-fired porcelain beauty of a vessel. A sculptured turtle atop the lid. We discussed how it laid in the ashes. Discerned by the smoke the lid was not on at the time. Only after this did she decide she’d take it.

I realized how much Finley reminds me of myself after they left. Her curiosity, interest in the way the world works, her affinity for pottery. The way she ‘knows’ what she likes despite anyone else. Things she showed again and again during the day.

I asked her if she ever thought about falling straight on her face as she learned the gymnastic flips & moves. She looked me straight in the eyes, said, Doesn’t everything important and hard to do have a little danger and risk? My God, I thought. She’s nine. That desire to do her best no matter the cost, her acceptance of costs, also remind me of myself.

The big gift Finley gave me was a chance to share my wonder and fascination with the world. To express my excitement and appreciations. To share the things I’ve gathered over the years that give me pleasure, and see her pleasure in them, too. Her unself-conscious expressions of love for my sister touched me.  I use the word Love, a lot.

They left nearly 3 hrs. later than intended. Gave up dinner & watching the sunset high on Sandia mountain. Gave up the last meet-up with colleagues. Stayed because my sister had one of the best days ever. I know because I heard her say those exact words to her son.  Heart-full is what I say.

Sidebar. . .my sister and I didn’t talk family, politics, or the past. It was easy. I asked only one question. I have a memory: me as a young child sitting midway down the steep stairs in my grandparents’ house. The house is quiet, dark. There’s a big window at the foot of the stairs. The bright light blazes at the window, but I see nothing beyond. Does she remember anything like that? I learned her memories are much more joyful. And that’s a story I can hold just fine.

Another Small Journey. Getting to Wise.
A Writer’s Life.

Tell me. . .what surprises have you found in your stories lately?
I’ll tell you a secret. . .my sparkly grandson’s like Finley. Gives me the same freedom. 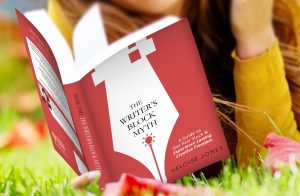