Put on your red shoes and dance the blues.
~ David Bowie (Let’s Dance) 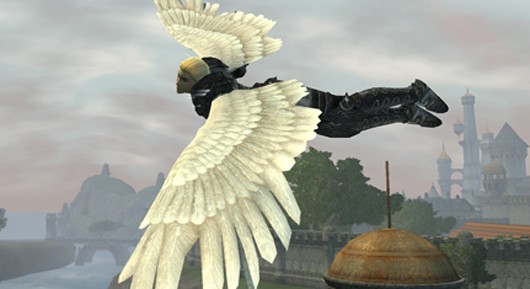 Last week was the first time I didn’t write since I started this blog in March. Endless bending over boxes packing and unpacking, puzzling to fit both in and out, my brain melted in ways deciding words and commas never causes. My bones ached. I sat down last Monday thinking I’d be there a moment, woke two hours later from a dream I still ponder. One where I completely spaced my flight to Santa Fe, so hopped a plane sans bags, clothes, money, anything. Landed with thoughts I’d find my friends. And people familiar to me I’m not sure I know pull up, know me, and my best friend changed her name to Cathy. I woke knowing neither Art nor I will let go our winter clothes because we’ll go back to the mountains, but I wasn’t clear enough to blog.

This week I planned to tell you how I loved my two kitchens in Asheville. The one I designed I worked with granite fabricators cutting counters so the garnet-studded crystal quartz arms splayed from the center, ran diagonally across surfaces. And after four years, this third home in FL, I finally love my kitchen again. We both love it, in fact. Express joyful pleasure twelve times a day. Was gonna tell you how 2016 is the year I reclaim my writer’s life. How once I spent 7 months clearing obligations and commitments to create the life I envisioned full of psychic space, writing, and reading. How I lived it 7 weeks before my husband was run down by a car 48 hours after our return from a research trip in Yosemite for my second novel. How all that space I carved dissolved.

But this morning I learned, long after others knew, that David Bowie died yesterday. And something socked me in the chest when I read it. His passing felt like an embodiment of so much passing these days in the world. I can mark my decades by Bowie, all the way back to the 70s. And  when I read Elizabeth Gilbert’s words, I felt the middle of the earth move…

“For the last 18 months (we learn only today) David Bowie has known that he was dying. He kept that information private, while spending his final months doing what he’d done his whole life — making outrageously original, beautiful, complicated art. He made a gorgeous album. He created a show, playing right now in New York. And then he released his final video just a few days before he died — on his 69th birthday.

Can you imagine, to be making art like this (fearless art that both comforts and challenges) right up to the moment of your death? How do you do that? How do you BE that? To work with your death so imaginatively, in order to perfectly time out the last beats of your life? What a magnificent creature of creation, right to the end.

I am sad today, but mostly I am overwhelmed by awe. This is what it means to be a great artist…Inspiration, to me, is THIS.”

…because the truth is I’m courageous, sometimes bold, but I’ve rejected myself as flawed every time someone’s said I’m weird, different, particular, raised their eyebrow when they said artist. I internalized the blank stares at my Wonder and Awe as evidence I clearly see things with alternative perspectives, ones that exclude me. I interpreted messages of me being too much as meaning not good enough. Because I don’t stand out on the street, have no flag that says I’m artist or out there, I thought it must be about me. With Liz’s words of fearless art timing the beats of one’s life, on the heels of two people saying they missed my blog last week, I finally get I was wrong. I loved Bowie and other originals for courage I thought I’d never have. I listened to others’ voices instead of seeing messenger angels in kindred spirits like Bowie, Yoko, O’Keeffe. Messengers who told me to simply BE, and embrace what the BE of Me is. Now I claim that kind of courage. Claim my assets.
Who’ve been your angel messengers?

A secret:  My Bowie markers were early yrs. – Major Tom, Heroes, Cat People (Putting Out the Fire), China Girl, the film “The Man Who Fell to Earth.”
A Favorite:  Angels. I seem to have one in every room.